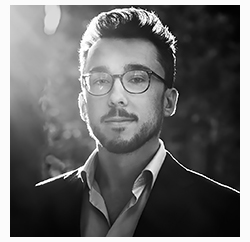 In this episode I speak with Boyd van Dijk, currently a McKenzie Fellow at the University of Melbourne, and formerly a fellow at the Lauterpacht Centre for International Law and the University of Cambridge. We talk about his new book, Preparing for War: The Making of the Geneva Conventions, which is a detailed history of the years-long process of negotiations that resulted in the treaties of 1949. We discuss some of the myths surrounding the history of the conventions, as well as the tensions and conflicts not just between parties to the negotiations, but also within the delegations and among different departments of each of the parties, caused by conflicting interests, values, and paradoxes within their positions. We dig into the weeds of some of the different aspects of the negotiations, and discuss why this history should matter to how we think about and understand the operation of the conventions today. A fascinating conversation that only scratches the surface of his book!

JIB/JAB – The Laws of War Podcast · JIB/JAB – Episode 32: Boyd Van Dijk on the Making of the Geneva Conventions

– Preparing for War: The Making of the Geneva Conventions (2022).

– Nicholas Mulder, The Economic Weapon: The Rise of Sanctions as a Weapon of Modern War (2022);

– Jessica Whyte, “The ‘Dangerous Concept of the Just War’: Decolonization, Wars of National Liberation, and the Additional Protocols of the Geneva Conventions,” Humanity, Jan. 2019.