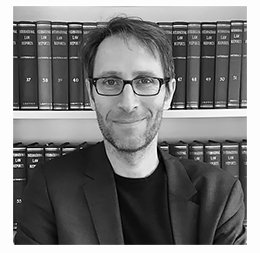 In this first episode of Season 3 of the podcast, I speak with Olivier Corten, Professor of International Law at the Center for International Law, Free University of Brussels, in Belgium. Olivier specializes in both the international law on the use of force, and international law theory, and was the Director of the Center for International Law at Free University of Brussels until 2019. In our conversation we discuss the 2nd edition of his book The Law Against War, which was published in late 2021 (the first edition was published in 2010). We begin with his analysis of the differing methodological approaches – what he calls the restrictive and the expansive approach – to international law on the use of force. From there, our conversation moves on to explore the substantive content of the book, beginning with the threshold for what constitutes a use of force, and moving through the scope and operation of the doctrine of self-defense, including the proper understanding of the role played by the principle of necessity, the validity of any and all conceptions of anticipatory self-defense, the use of force by invitation, and whether and how the law on the use of force applies to actions against non-state actors, and to cyber operations. We end where we started, discussing the problem posed by the very different theoretical and methodological approaches to an understanding of the jus contra bellum, and how one might think about bridging the divide.

JIB/JAB – The Laws of War Podcast · JIB/JAB – Episode 26: Olivier Corten on the Law Against War

– Victor Kattan, “Furthering the ‘War on Terrorism’ Through International Law: How the United States and the United Kingdom Resurrected the Bush Doctrine on Using Preventative Military Force to Combat Terrorism,” 5 Journal on the Use of Force and International Law 97 (2018).

– Agatha Verdebout, Rewriting Histories of the Use of Force: The Narrative of ‘Indifference,’ (Cambridge Univ. Press, 2021).